The gentleman in the photo, holding this gorgeous specimen, is Bill Landrie and until June of this year (2021) had never had the pleasure of catching Carp. He is a very well respected and accomplished angler here in Saskatchewan and annually competes in the CFN Fish Off multi species tournament.

He had started to show interest in carp as a target species after seeing posts of some of the fish I had been posting over the last couple years, and whenever we bumped into each other we would share fishing stories and chat about what he was missing out on.

The plan was, that last year he was going to join me to try his hand and add Carp as a species into his Fish Off tournament, but unfortunately the stars did not align, and this was unable to happen. This year with some careful planning we managed to make it work and he came and spent 48 hours with me whilst I was fishing the CCS Summer SSF challenge. 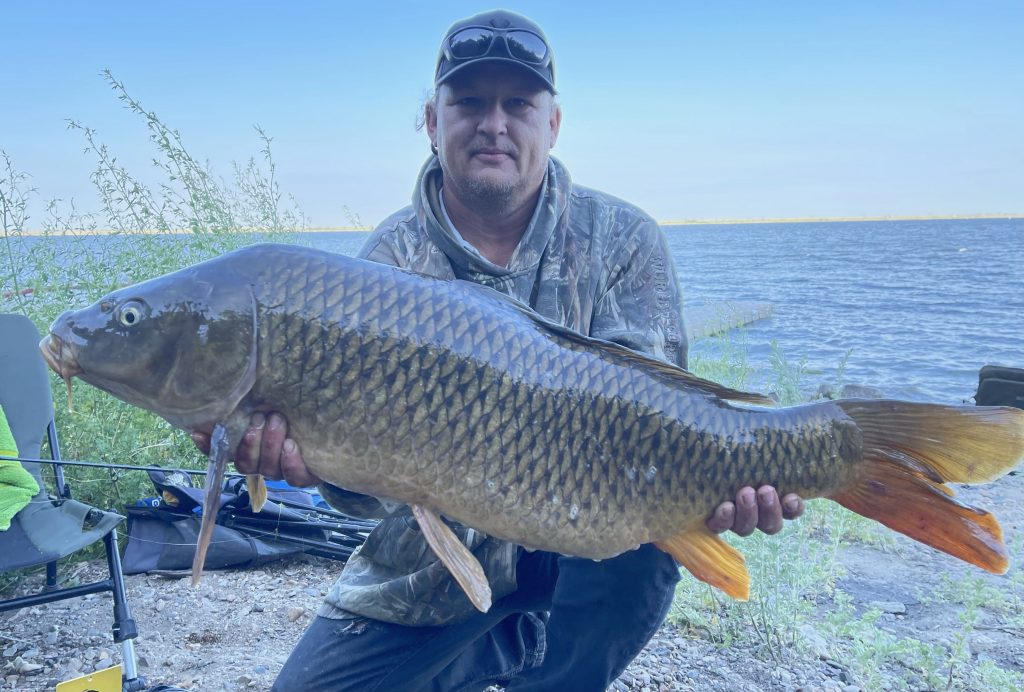 I had suggested to him that he should turn up 12 hours after I had got some bait in, to give him the best chance of success with the limited time he had. He was on quite the tight schedule due to some of the other target species on his hit list. On arrival he informed me that the fish he had to beat was a 36” fish caught by one of the Ontarian teams, so the bar was set pretty high to say the least.

All fish in the CFN Fish Off are measured and not weighed but I’d figured to get him what he needed to be we were looking for at least a 30lb fish. I had offered him the use of a rod, reel and alarm for his stay, but he was intent on using his own gear, which consisted of a budget Diawa surf caster rod and a Shimano Spirex 4000 series reel. I set him up with a rig and he sat back in his chair, rod in hand waiting for his first Carp. I fished with him until around 1 am and then retired to the cottage for a decent nights sleep, whilst Bill sat patiently rod in hand right through the night. Now that’s dedication!

I returned at 6am to an empty handed and slightly despondent Bill, so decided to pack the gear up and drive north 40 minutes to a beach that I knew one of our members had been having some success the day before. We met up with CCS member Johnny Ell and he kindly took us in to the beached area where he had been catching multiple fish the previous day. We got set up and before too long Bill was in to his first carp, not the monster he was targeting but a nice hard fighting mid double, nevertheless.

We steadily caught fish to the mid 20lb mark for a couple hours before being rudely interrupted by a nasty storm which came with extreme high winds, stopping us in our tracks, forcing us to pack up and head back south, to the cottage. By the time we had got back, the storm had subsided, and fish were starting to show over the baited areas. They were finally here.

We had a solid evening of fish to 25lb but turned off soon after dusk. Typically, I have found that nights are not too productive at Last Mountain so I suggested to Bill that he came up to the cottage to get a good nights rest to prepare him for what I was expecting for the following morning.

We arrived back at the swim at first light to see a number of fish boshing out over the baited areas, so feeling very confident we got some rigs out and sat back in anticipation.  From what I can remember I was two fish in when Bill turned to me and said “Ant, I really need this fish bud” I responded, “it only takes a second” and literally as soon as I had said that his line went slack, he tightened up and he was in.

The battle was on, he had not had a 20lb fish at this point but a hand full of mid to high doubles. He looked across and said, “this feels a little different”. After quite the battle she was in the net. I took one look at this fish and knew right away that it was going to be really close to his goal. We got her on the mat and slid her on to the bump board and sure enough, she went 36.75” and weighed in at 30lb on the nose. To say that Bill was a little excited to have reached his goal would be an understatement, and I have to say I was probably just as pumped as he was.

Feeling extremely accomplished we both continued to catch consistently until he packed up at noon to moved on to target his next species. This really does go to show that you do not need to spend thousands of dollars to get into this amazing sport.

Bill has also recently had some serious success in the last leg of the CFN Fish Off on a trip to Manitoba using the same gear and tactics he used with me and catching many good carp to over 30lb.

I think its safe to say that Mr Landrie is now well and truly hooked, and I am sure we shall be seeing lots of this angling machine going forward. Very well done Bill, and welcome to your new addiction. 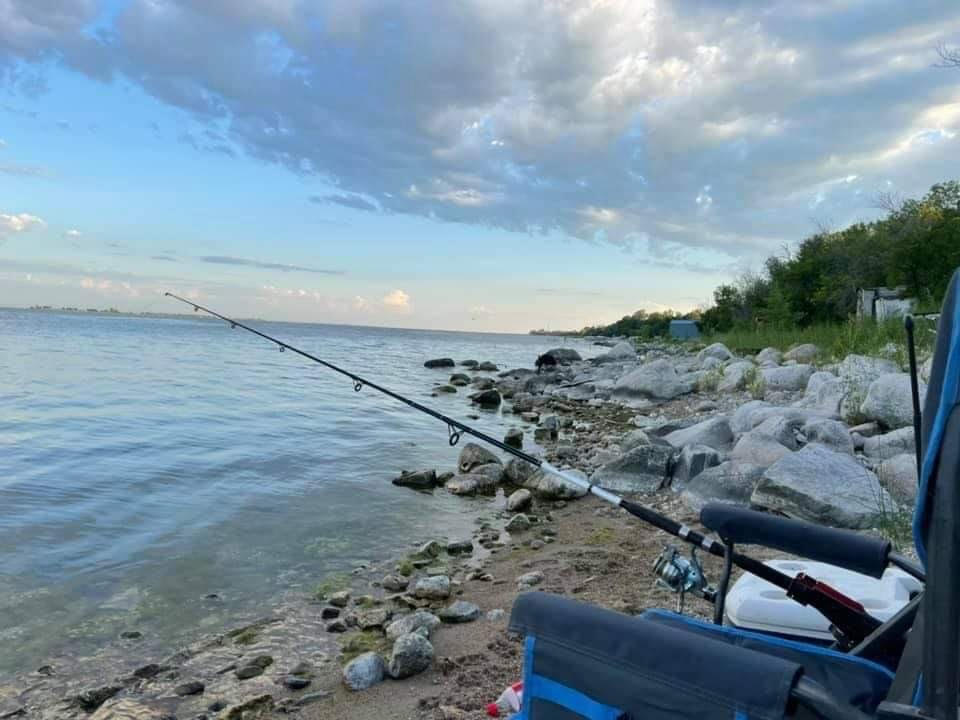